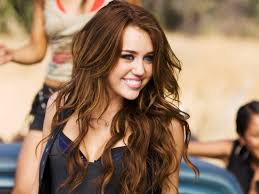 Miley Cyrus – Singer Of The Day

After a lengthy period of serious calculation, the inventor Mr. Gourd was ready for the final step.

He was a brilliant scientist and inventor but he was always vexed by one question. When he had finished solving it, another invariably popped up. Presently, he was working on another invention…he had not decided what he will call it. It was an implement he could hold in his hand. It would always point in one direction. The idea was to fill the implement with some liquid (another invention) and spray in minute amounts onto something else.

His daughter came into the room. “What are you doing papa?” she asked. “Oh my dear, I am trying to make designs with this implement”, he said proudly. She of course was puzzled for an instant. Then the inventor demonstrated it. He pressed with the implement on the wooden table. It made a squiggle.

“Eeeh!” she shrieked, “That is so lovely that is right.”

“Right? No it must something else. Why not ‘write’?”

And so the father and daughter duo decided that it should be write. Now he wanted to make more liquid so that he could make very interesting patterns. He went to town on this one.

He bought a whole load of organic dyes and powders and spent the rest of the day making colored solutions. He was now getting to the final stage when he would ‘write’. That was the climax of this experiment.

He went out and sat in the garden. He looked at the birds in the trees. He spent time under the bed. He could not find anything to write on. By this time his neighbor came to deliver his newest invention. He was an inventor as well. “Ah Soma! Put it down there on the ledge”, he said to his neighbor.

He went and sat down beside a pile of notebooks. Now where should he write?