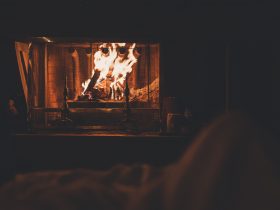 The Best Ways to Stay Warm This Winter

I’m writing this to be informative for others but also to make myself feel better. When I hear about Xanax I cringe. Whether it’s about someone taking the pills, or the Dr. telling someone it will help them or hearing about kids abusing them. Xanax is a Benzodiazepine drug used to treat anxiety and panic disorders.

Now I do realize that for some people this drug can be a huge life saver for them. I know that people struggle with anxiety and other disorders that disable them from living a normal life. And for them sometimes this drug can really help.

My problem with the drug is that I think it is prescribed way too easily to people. I think it should be used as a last resort. When all other things have failed such as meditation, change in diet/exercise, seeing a therapist, etc.  It shouldn’t be as easy as a one visit to the doctor and they write you the prescription.

That’s how it was for my husband. Our general practitioner prescribed it to my husband when all he did was ask for it. The doctor didn’t question him too much about it and did not give him any warnings about it at all. My husband wasn’t taking this pill on a daily basis. He would take a pill maybe once a month when he was stressed out about work and wanted to get a good nights sleep. So I never thought anything about the pill at all and there were no issues with it until this past year.

My husband was going through a stressful personal issue and started taking the Xanax on a daily basis as prescribed on the bottle.  He had a very low dosage of it and the bottle says you can take up to 3 times a day.  What happened after this I never thought could even happen. In a matter of a couple of months my husband had become physically dependent on the drug.  After a couple of months with his anxiety actually worsening he looked into Xanax on the internet and how easily it can be to become addicted to it even when you are taking it as prescribed. So he stopped taking it completely.  In a matter of a day after stopping taking Xanax my husband became completely paranoid, did not sleep for days and complained of burning limbs. We decided to take him to the hospital which was good because apparently if you stop taking the drug abruptly like this you are at a high risk for seizures. My husband was then checked into the hospital and they monitored him and helped him the best they could to make sure he could get through the initial first stages of withdrawal without dying.

After my husband came home from the hospital a few days later he was much better but still dealing with a lot of symptoms. He had to take a leave of absence from work for a couple of months.

It has now been a year. And can you believe it he still has symptoms of withdrawal. It is getting much better but it still comes and goes even though he hasn’t had a pill in so many months. It’s called post acute withdrawal syndrome and it can go on like this for 3 years.

We keep saying if we had only known this could happen. If we did he probably would not have taken the drug to begin with. He would have used exercise and meditation to deal with the stress and anxiety.

I’m sharing this with you all today in hopes that it saves someone from making the mistake we did. You can’t always trust the Doctors and you really need to do your own research when it comes to treatment and medication.