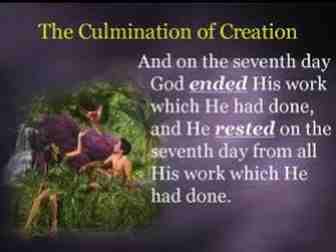 Blessings on the Sabbath Day

People do a myriad of things to put themselves in a peaceful place. Prayer seems to be an effective way to calm me down.  And so far I turn to prayer more often than I thought I would.

I have tried many things before.  I tried yoga but I am not flexible enough.  Believe me I tried but my joints did not cooperate.  They vehemently disagreed to the activity. I also tried meditation.  But focusing and emptying my mind are not  strong attributes I have.  I tried listening to classical music and it was good for a while.  But eventually I ell asleep.  Of course that is a peaceful state because I am unconscious.  I did not really explored what was going on.  I simply slept with the aid of music.  I studied Aikido, Kendo, Judo, Jujitsu, Arnis and Eskrima and was hoping that through the arduous routines I can find inner peace.  Well, it opened up some realizations but I was not really in the zone I wanted.  So I did different things just to find inner peace.

But the solution was simple – praying.  I never really gave much attention to praers until recently.  And It was an awkward journey.  I was never comfortable praying in my youth.  Probably because I got spanked because I was not able to say the prayers properly.  I forgot some words.  What can you expect from a child?  However, I recently realized that prayers are more than just memorizing lines and words.  It is communicating with God.  And what better way to unload your burdens than to just talk about it.  I spoke to God through prayers.  And I believe at the other end is a god who does not judge me for the mistakes and the imperfections that I have.  rather, someone who embraces those who are willing to make straight the path that is crooked.

So call me insane or whatever nasty term you may have.  But I have found peace by simply praying.