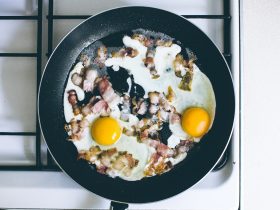 Ido Fishman Highlights What not to Do when Cooking Eggs

Killer foods are everywhere. You might eat it with all your heart, but it will destroy your heart or some other parts or worst, your whole body. So here are the top 3 killer foods in the world.

1. BEEF . Beef has fat. Eating fat-laden beef, in large qualities, will clog your arteries; blood can’t get to your heart, so you will die. Now, beef fat is delicious, so buying lean cuts means it won’t taste as good, but this option sure beats the hell out of eradicating beef from your diet completely. Willpower sucks bush-berries, but so does having pinhole-sized places for your blood to circulate through. You don’t have to stop eating tender, succulent beef — just don’t anoint your mouth with excessive fat globules every day. And change it up every so often with a nice mutton chop, horse burger or goat cutlet. This will at least give researchers something new to scare people with in a few months.

2. SWEET POTATOES – The potato has many practical uses in the food world, be it boiled, roasted, mashed, sautéed or made into fashionable eveningwear, the potato is a versatile part of our diet, which makes it all the more shocking that it can actually kill us.

The lethal poisons associated with potatoes actually reside in the stems, leaves and sprouts but can build up within the part of the potato we eat if left around (especially in the light) for too long, with the green tint that the potato can pick up being a giveaway that it’s not good to eat.

The compounds that kill are known as glycoalkaloids and can also be found in other plants, such as deadly nightshade. Consuming glycoalkaloids can lead to diarrhea, cramps, general confusion, headaches and even a coma or death.

3. MUSHROOMS – This is the season for mushrooms, but there’s one particular menace this autumn: the death cap mushroom. Amanita phalloides is Britain’s deadliest mushroom and it’s been reported in unusually large numbers in the run of mild, damp weather.

It’s been estimated that as little as half a death cap mushroom is enough to kill an adult and, worldwide, this species has caused more deaths than any other mushroom. Worse still, death caps have been reported to taste quite pleasant, and symptoms of poisoning may not appear for up to 24 hours after they have been eaten.

To make life even more difficult, it’s easy to mistake the death cap for some edible mushrooms. They can be distinguished by a pale green cap, a bulbous ring at the bottom of the stalk and a ring-like collar at the top. But the cap can be white like an edible field mushroom, and the young unopened cap conceals its telltale white gills – a field mushroom has darker gills – and can also be mistaken for an edible young puffball.

The stunning fly agaric is related to death cap, but is not as poisonous. This is the quintessential fairy toadstool beloved of gnomes and fairies, with a brilliant scarlet cap and white spots, and may have been the inspiration for Father Christmas’s red and white cloak and hat. Extremely young examples of this mushroom growing up from the soil appear as small white puffballs – another reason not to pick early-stage mushrooms.

So be sure to avoid these 3 killer food or else life wil be the one yo avoid you. 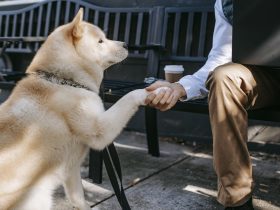