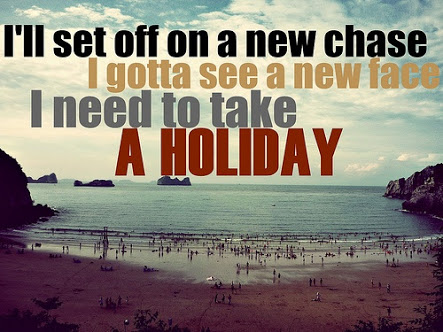 Holiday – Song Of The Day

Are you an anime or manga fan? Is it hard for you to purchase your favorite series of all time? Then let me show you how. Long before internet became popular for retrieving information, it was very difficult to download a copy of a popular seties of Japanese animation or comics. As I remember it is best to purchase a comic book through specialty stores at the mall. They are mostly expensive but at least it is very authentic. I once collected a complete volume of a manga series by Masakazu Katsura entitled I”s. It is composed of 13 volumes. Each soft cover book costs $8. For a fan like me, it is very worthwhile. Nowadays it will be much efficient to have hard copies of mangas in a different way which I just discovered after seeing alot of free read comics online. This is also helpful for fans who cannot have copies of stories that are unabailable for purchase. Here I will teach you to create a certified create your own copies of manga series. First, you need to research your favorite manga through popular free read comic websites. As I found almost all popular series are already scanned and downloaded by various companies. These companies hired employees to scan authentic comics or mangas. They usually edited the comics with watermark and reader friendly. Japanese, chinese, korean or non english stories are also translated to various languanges such as French or Spanish. This is what we call scanlations. It could be a good start for a career among anime fans like me. As soon as each comic page is well edited, now is the time they can lublish the series on their website. Many series are now completed their stories. So it is a very good time to download the whole series from start to finish. Now is the time to have hard copies of each page through computer printing. For fans or enthusiasts like me they will find printing as an option is more inexpensive than buying the authentic ones. I can say a self made book will be 150 to 200% less expensive than the original. After printing, you can bind the pages into volumes of books and stack them to the bookshelf.