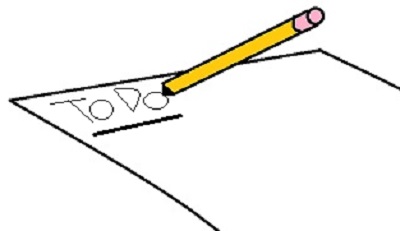 Leo Tolstoy wrote a story about a man. He was a farmer in his entire life. When he became old, he realized that he need a vast land to farm. He heard a story about a rich land owner in his place. Accordingly, this rich man wanted to give his lands to people who are capable.

So, the next morning, the poor farmer started to run. He wanted to gain more lands. So he chose to run instead of walking. I think he is wiser than other. Others, walk while most chose to be the spectator of other men. The poor man run fast as he could especially he saw the green meadows, the forest and the plain field. He wanted more so he ran faster when he saw that the sun was going to set. Before, the sun set, he arrived to the place where he started running.

The people were amazed and shocked. They were thinking how much land the poor man will get. They were clapping their hands and shouting but when the rich owner announced, the poor man dropped to the ground.

He was found dead that minute.How much land does a dead man need? He needs only 6 feet below the ground. What is the use of the vast land he run with?

This story tell us about our life on Earth. Most people are busy struggling to have many things in life, expensive cars, big and beautiful houses, good career and family. They forgot to rest and worship God. They are always busy from morn till night and even from Sunday to Saturday. If he die today, can he bring these things in his grave? Of course not.

My advise, be busy but set a day to God to worship Him and praise His name. He has plans for everyone of us. Just wait and see. it will come in the right time. Most important thing in life that we are connected to God.