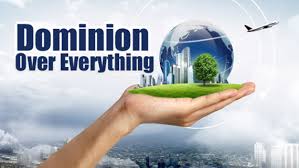 Human was Created for Dominion of Earth

Yeah. It’s true. There’s 6 of them. I named them Sophia, a little girl who mimics all of my thoughts; Anna, her twin; Arnel, a fat ghost who says inggit or jealous or envy in english. I am a Filipino and they speak mostly, yeah, my thoughts which are either English or Pinoy; Jeff, just a boy who frequently says  ganon or that; Bong, some kind of man that sometimes says aray or ouch or even ganon or that and other things; and lastly Katya, a teen or adult girl or woman that says frequently Allah(swt) or God, then beh or that way of teasing or sticking your toungue out. It’s kind of getting through my privacy because they only say it, but not do it. I haven’t still seen them, only imagine. I even drew them and you can check it through the link below.

I already called a paranormal investigations unit but they said they are kind of busy at the moment. I plan to call them later after New Year. They told me to write out my feelings first. To write some kind of diary I can express my feelings to help me vent. I still haven’t done it because I was kind of lazy as I was already doing a blog but concerning topics about an online MLM business which is legit that joined called SFI. Links aren’t allowed on posts so sorry if you want to be referred. It’s a bad thing though, becausw I’m a hard working, dedicated, and resilient sponsor there and I currently have 6 downlines on my Genealogy.

Keeping busy like doing online work keeps me from thinking of the problem. Whatever this means, I know that God is good and he has plans for all of us. I trust him with all my heart. I don’t make it an obstacle for me to pursue my dreams. But unfortunately, they are the reason too, besides drugs and my own pride, I became limp from jumping from the terrace three floors down feet first on clean tile. At the hospital, I had suicidal thoughts like jumping again but now it’s a sixth floor exhibition. I consistently thought I cannot live like this and all I wanted was to make them silent by me not existing anymore. But I was afraid that I will go to hell because in our religion which is Islam, you will go to hell if you commit suicide. I warn you if your a muslim and having thoughts of suicide bombing yourself or something like that. I’m also not saying that only muslims do it like us. I just hear that it’s mostly done by muslims and I even heard by mostly women. Do they not know that they will go to hell for that? It’s not for Allah(swt) if you will disobey his commandment to not let it be in your own hands the reason for your death. But I was hopeless and deaperate that I thought I would just go home and eat cigarette filters. I even thought I won’t be able to smoke again, but I was allowed only 3 sticks a day as I pleaded. But my old sister gives me more than that mostly 7-10 sticks depending on my money. I have a 20 peso allowance a day. I’m saving too to join the First Filipino Rap Battle League called Fliptop.

I know that acceptance helps a lot and I noticed that if I just accept it, my creative side ignites. These depressive and monsterish thoughts can become paintings or canvasses of beauty. I am also practicing drawing using this WizPad my fat bro bought when I was still at the hospital. He was the one who invited me to drawing using the PC so I can sell it to clients and he’s raking a lot of moola from this. His earning a lot of Euros as I saw on his paypal account. Lists of recieved hundreds of bucks on Euro currency. I feel jelous but I need to control my emotions. I’m not saying I want to do bad to him. I just feel normally jelous. Because that fat ghost says it everytime, I somehow got to thoughts about jelousy and it’s need to be controlled as we need to control our emotions anyway. I am learning to control all my emotions. We must not do harm in the idea of jelousy. It is indeed an evil deed and you will get karma.

To tell you the truth, I still have this sort of a UTI but the results said I have none. But I have a problem urinating like I really have UTI. I also have uncontrollable bowelling. I risked it all to go home not getting it operated as I was really scared of this ghosts and it’s bugging me. I treat them as friends so I have a good deed with God and hope he helps me and so the ghosts too will befriend me even if I look like I just made up story. I will stand up after a year and some months as the doctor said. If not, I guess I will have to go with prosthetic legs. I hope my parents will understand next time as they still believe I will stand without those things. It’s kind of expensive but what the heck. If they can’t but it, I am so determined to buy it on my own. I will work my ass day and night even if I just work from home to stand up again.

Hopefully, these ghosts will come at peace. I don’t know when but I’m sure to trust God and his plans.