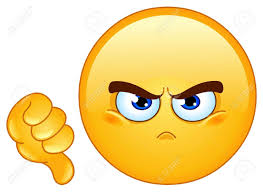 In Trouble in work

I came in to this world in the summer of 1963. I wasn’t to know it at that time but I was born in Wales (as some might have guessed from my Welsh flag) in the UK at a place called Neath General hospital (it also had a Welsh name but that’s not important at present). I was born to, I assume, proud parents and weighed in at 7 pounds 7 ounces and in the 7th month of the year. Possibly for that reason, I’ve always considered 7 to be my lucky number though have no real idea of exactly what caused me to decide it was.

Anyway on that day, my mother and father were already parents to a girl, my sister, born 2 years before me. There would have been another sister but my mother had unfortunately lost a child a year before my birth due to an ectopic pregnancy.

As far as I can recall (later on in life, from my mother) I spent a few days in the hospital maternity ward before my father picked us both up (my mother and me) and took me home to a place called Port Talbot, a primarily steel working town that was to become my home for the next 42 years.

As for 1963 itself, it was the year of “the great train robbery”, July saw the first of the “moors murders” and it was the coldest winter since 1947. This last event was however a few months into the future and on what I assume was a relatively nice summers day in the latter part of July, I arrived at my new home  Goytre, Port Talbot, the one and only home my parents ever bought. For the next maybe three years, I did what all babies did, ate and slept, with very little knowledge of the world around me. My earliest memory is of being around 4 years of age but I’ll begin that memory in my next post.

Thank you for reading