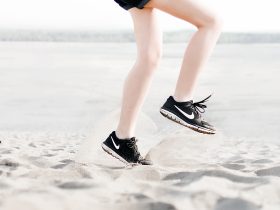 Evolution is perhaps the most phenomenal thing I’ve ever read about. I was particularly fond of history. Full disclosure, I still am. Anyway, this is the easiest definition of evolution that I found on Google. Evolution is the gradual development of something, especially from a simple to a more complex form.  I can not give my views on the theories of evolution. I actually feel the pinch of walking away from controversy as it’s my music but there’s a next time for that.

For a while I’ve been thinking of evolution in terms of our day to day life. Divya (from Royal Pains) once encouraged her workmate Jeremiah to “evolve”. Jeremy was a very learned man but this concept awed him. It was evident that he was finding it hard to fit in concierge medicine. But he somehow found a way to fit his genius self in the new field.(My apologies to the ones who’ve never watched Royal Pains btw. )

If you’re keen enough, you’ll notice that over the years, you’ve changed. Some changes are subtle others very visible. I mean, if you were slim but put on some weight over time, that is so real and visible.

I’m particularly interested in evolution after losing someone you really loved. Not so long ago, I lost someone I really cared about. The one crime I committed was looking back and wishing to go back to the happy times before- maybe become more religious. . . really, anything to obscure the pain I felt deep inside. I just wanted the pain to go away, to feel numb or wake up with amnesia.

Four years later, I see growth. I see a woman who has evolved for the better. I hope to encourage someone who feels shattered, lost and hurt more than words could explain. Know deep down that evolution could be painful or painless. The best part of it is that you’ll end up better than you were before. Just let go of all the hurt and pain at your own pace and make the conscious decision to grow positively.