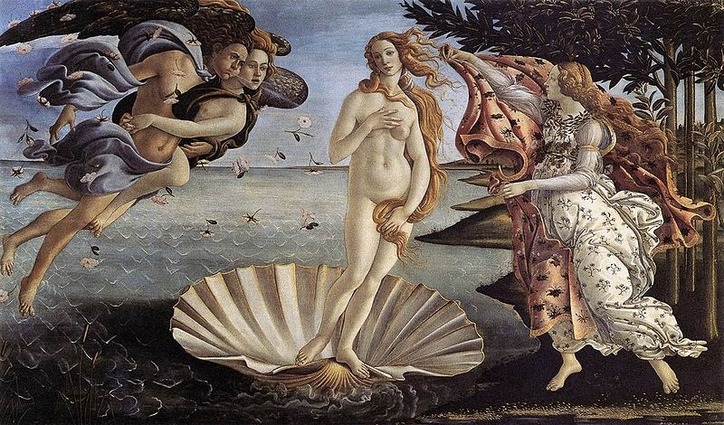 Aphrodite the Goddess of Love

So people say, laughter is good for the soul. I strongly believe this for it is good to laugh and joke around with your family friends.

What happens when people takes their jokes to far to where it attacks a person? Well light of my own experiences I had had people who started our with just a funny joke but then the joke they taken to far that hit below the belt. It attacks a person’s character, attacks a person personally.

Now I all for it sharing or hearing a good joke but when a joke is taken to far then I believe the individual who is telling a joke or joking around ought to step a few steps back and think before they open their mouth. For instance, one night my sister asked me to walk over to the store with her, no problem. Our every night routine. On this specific night she asked me to walk over to the store with her, the clerk behind the counter started out as just joking around. As sister stands there having a conversation with the clerk who by the ways is India, started joking with me. Now it started out as a clean innocent joke but then he started humiliation in his joke in front of customers that were standing in line waiting to check out their merchandise.

One customer taken the clerk serious and offer to even to pay for my item but I already paid for the item I purchased. Clerk refuse to give my item. It was more like a racism joke. I felt I was being attack but also felt so embarrassed of the things he kept throwing at me in front of other customers that made me like a total butt head. The innocent joking around attacking me was uncalled for. The clerk speaks so much of his country India then I threw back at him if you like India so much and think it is better then United States of America then “Why? don’t you go back to your country.

Well, it shut the clerk up. Calling me names in front of customers to attack someone’s personally and their character the clerk went to far. It showed to me his character of a human being he is. I joke around and laugh with the person but not laugh at the person. People who sharing a joke or joking around ought to know the limitations how far to carry the joke or how far to take joking around. When a joke is being said or joking around starts attacking other’s character or personally it may do emotional and mentally damage to one character.

This clerk who moved over here to United States America has shared with me that United States money is worth more then India money. That is the problem with United Sates today, immigrants are coming over to United States stealing American people’s jobs. bringing along their baggage to United States of America. I was born and raised as an American and my husband fought for our country as well as my ancestor’s and many of my ancestor’s died fighting for our freedom. Here all across the news that many of our Veteran’s are homeless which is sad. This is no joking manner.

Christians needs to stand up together and started really praying for our country. United States of America needs Christians to pray to turn America back to God and be restored. Most important thing we can do is pray. God hears prayers as well as he answers prayers. Sorry got off of of the topic. Laughter is good for the soul and heals and joking around or sharing a joke it ought to be a joke where people can laugh with you not a joke to laugh to where it targets a person’s character or personally. The tongue is like a two edge sword, it can cut deeply into the soul.