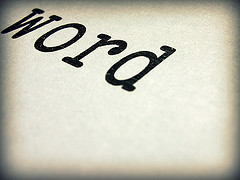 So, how is everyone today? Do you like being here?

The NBA has seen amazing shooters in its time, like Reggie Miller and Ray Allen, but none of them are as good as Stephen curry will be.

Stephen Curry has broken multiple NBA shooting records in his short 7 years in the NBA, for example, the most 3-pointers scored in a regular season, which is a tremendous achievement. This 2015-2016 season he has avearged 45.4% in 3-pointers, 50.4% in field goals and 90.2% in freethrows. He lead the league in scoring, and being voted as a unanimous MVP, just showing his talent even with many years left in the NBA.

Compared to the Best.

Ray Allen is said to be the best shooter of all time, holding the record for the most 3-pointers scored in a players career (2,973), while Steph has not came close to this due to the fact he has only been in the NBA for less than half of the time Ray Allen has been. Comparing Rays’ highest 3-pointer (45.3%) stat to Stephens, show only a slight difference of only 0.1%. This was set by Ray in 2011 season. This one statistic had just shown how good Stephen is, being able to be compared to the greatest 3-point shooter of all time.

Stephs’ Future as a Shooter.

If I look through my glass ball, I can see Stephen Curry shooting less 3s’. Why? Because, with the recent arrival of Kevin Durant, I can see Stephen become more of a playmaker, working around the perimeter to feed passes in to Draymond and Kevin, and really going for that championship. Still, if he choses to switch his role, he would still have the ability to shoot because of his role on the outside. I know for a fact that he will beat Rays’ record and many others with it. Stephen Curry has already shown his potential to the NBA, and he can only get better.

I got statistics from…

and the rest is my opinion.

By the way, if you like this site, here is  my referal link if you want to join

Thank you so much for reading!