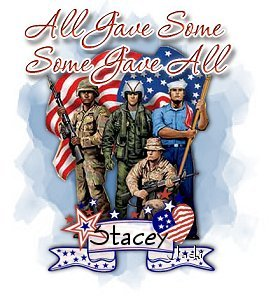 Her parents lived their life’s by stealing from stores and doing dishonest things. They encouraged their children from a very young age to steal and get caught. While the employees were stopping the kids. The parents would go out the door and put all the stuff into one car and one parent would leave with the stolen goods.

The other parent would go back into the store and act surprises that the kids would do such a thing. than they would say how sorry they were and they would leave. When my friend was sixteen she met a man that was eighteen and she told him how her parents were. He asked her to marry him. with the help of an Uncle who knew what the girl was going through. the Uncle took the couple to another state where the two of them could get legally married.

She married the young man and they moved to another state. she let her Uncle knew what was going on with her life but she never let her parents knew anything. She did not want them coming for her and than she would have to do illegal things with them.

Just imagine having parents that steal for a living. they stole everything that you can think of. Even canned food. Once she told me they went into a hardware store and saw items up front that had the receipt right on the items. they looked around and no one was around. so they took the items right out to their truck and drove off with new washers, drivers, freezer and refrigators. They were very good thief’s and were really dishonest. They taught those trades to their other children.

Forty years after she left home. She got a phone call from her Uncle that her Dad had died. She had the teen age children and told them about her parents and took her family back to see her mother who was old and could barely walk. But from what she heard even with a walker her mother still steals,

She was very glad that she left home and left that life behind.