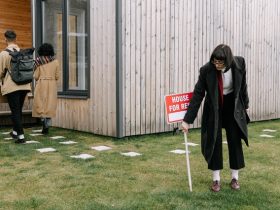 When it’s Right to Contact a Real Estate Lawyer

If anyone has been arrested, a conversation about bail has happened. When hearing on the news of someone being arrested, we will either hear that they got out on bail or that bail is set at a certain amount. But there is more to it than just what is seen or heard on the news. Bail is an agreement between the court and the defendant so they can be released from jail before the trial. In exchange, they will follow a list of rules the court sets. There are different types of bail bonds, two specifically being conditional and unconditional bail bonds.

A conditional bail is usually set when the defendant shows signs of attempting to escape. When this happens, the court will set up conditions for their release, and if they fail to follow them, they will lose their bail privileges and return to jail until their trial.

Some of the restrictions set can include restrictions on travel outside of the state they were arrested in. They may also have a third party to supervise them, and The court may place a restraining order. Surprise drug testing is also a common condition. The defendant is expected to comply with all the conditions set unless they want to head back to prison.

An unconditional bail bond is more unstructured and does not have early as many rules. This bail bond is usually set when the defendant is not believed to be a flight risk and the charges against them are not as significant. The court may also decide on the unconditional bond if they do not pose a threat to society and have no prior criminal activity.

Choosing Between the Two

When it’s Right to Contact a Real Estate Lawyer