The Dominican Republic is a safe haven for international Film, Music, Sports, and Fashion celebrities with a taste for an authentic Caribbean getaway experience.

With world-renowned beaches and killer views, it’s no wonder that celebrities like Jennifer Lopez, and power couple Beyonce and Jay-z escape to La Hispaniola for some sun, fun, and of course total privacy in some of the following exclusive destinations.

Casa de Campo is probably the highest quality hotel, resorts, and villas complex on the southwest coast of the Dominican Republic, and has been visited, even becoming home to world stars like Mark Anthony, fashion icon Oscar de la Renta, and legendary actor Robert Redford to name a few.

This gorgeous complex spans 2,800 acres and comes equipped with 5-star Golf Courses, a private port and Marina, and an entire bar and restaurant zone.

A formidable contender to Casa de Campo, Cap Cana also dons its own Port, Marina, and Golf courses in the touristic area of Punta Cana on the east coast, only “one-upping” Casa de Campo with an all-natural theme park with ancient caverns and underground tunnels where you can zip-line over the waters.

You’ll see the likes of actors Bella Thorne and Bryan Cranston zipping around on golf carts, while musical artists like Columbian sensation Maluma, Karol G, and Kanye West have celebrated life on another level on the Party Coast of Punta Cana.

Recently Samana has become a hot spot for actors and Hollywood producers like Mark Wahlberg who’s in town for the upcoming film “Arthur”, pausing in between shots to take a swim.

But he isn’t the only one staking his flag on this “newfound” peninsula, ‘cause just a few kilometers away in the tourist destination town of Las Terrenas, Brad Pitt and Sandra Bullock are filming an adventurous romantic comedy “The Lost City of Z” with a $74 million dollar budget.

Before filming “Arthur”, Mark Wahlberg had a stop at Playa Grande in Rio San Juan, Northcoast D.R., where he reportedly liked his stay at the Playa Grande Golf and Resort Complex so much, that he ended up buying property to begin construction on a new home there near Cabrera.

Around this time, Avengers megastar Mark Ruffalo was also seen Paddle-boarding on a private beach area in Playa Grande and was such a nice guy that he stopped in town to take pictures and selfies with the local kids.

Just this summer NBA Legend Michael Jordan spent a few days playing golf at Playa Grande, where he has also been a key investor in the complex.

A short distance from the Resort complex of Playa Dorada in Puerto Plata, Actor and film producer Vin Diesel of the “Fast and Furious” franchise and the sitting Dominican President Luis Abinader, have signed off on an ambitious state-of-the-art film production studio project, where Vin himself has been constructing his private residence.

It is also reported that Jennifer Lopez also has a hand in this lucrative deal, and will be presenting her own project in conjunction with One Race Films. 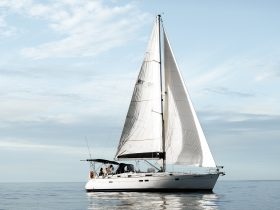