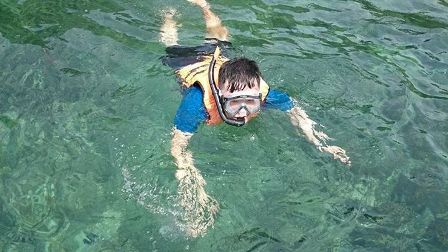 Well I know that it may seem like a strange question to ask, but I had to ask myself that when having a conversation with someone today, well maybe more of an argument or disagreement, and after their claim that they were a realist and somehow I was not.

I am aware of idealism and liberalism and all of that stuff, but that seems kind of unfair to settle any argument by just stating that you are a realist because there really is nothing that you can counter that with.

If you say an idealist then you sound a little delusional, but certainly there are room for idealists in our world.  Plus a word like realism is just so broad and all encompassing that even an idealist could be considered a realist, in some regard anyhow.

I don’t know the answer, in fact I do not think that there even is one.  The one thing that I do not want to do is to start using that as a defense for any sort of argument or position that I take, but I have to admit it is a really easy way to silence the other people in the room – at least it worked in my experience.

The funny thing about the whole situation is that my favorite class in college, by far, was political theory, where we talked about stuff like this and pretty much went down the list of adjectives like realist and idealist and the hundreds that there are out there.

If you really were a realist, then wouldn’t you realize that saying you are a realist is an incomplete way to make an argument or state that you are correct?  Well now my head is spinning and I am just confusing myself, so I will stop and just accept my frustration.

So what do you think?  What is the opposite of a realist?