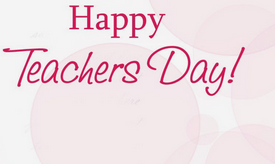 According to the Hindu Holy Books – ‘Abhishek’  (giving water to idols) and ‘Archana’ (worshipping) is performed to gain blessings.

Hindu ideology suggests that one can get rid of all his evil deeds through the devotion and Pooja of physical possessions (Idol/Statues).

Hindu Dev & Devi give their blessings only after multiple mantras have been filled and the Idol/Statues have been given the authority.

Only by adoring an idol & item and performing numerous Pooja can one be satisfied effortlessly?

“Athman,” or the faith in the soul, is one of the core ideas of Hinduism. This ideology states that life forms have a spirit, and all are part of the highest soul. The aim is “moksha,” which ends up as part of the ultimate soul in the cycle of rebirth.

Hindu Religion has some of the best collections of holy books. Not only Hindus, but relatively every person interested in history and ancient theories should also read these five most sacred books of Hindu Mythology.

Gita is a seven hundred-verse Hindu scripture part of the epic Mahabharata is curated for the other half of the first.

Bhagavad-gita is an introductory text that can help us get out of the birth and death cycle. Whoever recites with dedication Bhagavad-gita will enter the spiritual world at the time of death.

The Vedas are an enormous collection of religious literature from ancient India. The books are composed of Vedic Sanskrit, the oldest layer of the literature in Sanskrit and the oldest Hindu writings. The Rigveda, the Yajurveda, the Samaveda, the Atharvaveda are the four Vedas.

It is one of the two major Sanskrit ballads of historical India and significant text of Hinduism, the other being the Mahabharata. The epic, traditionally written by Maharishi Valmiki, narrates the life of Rama (Avtar of Lord Vishnu), a mythical and legendary prince of Ayodhya city in the kingdom of Kosala.

Mahabharata holds a great significance in Sanskrit books of old India apart from the Ramayana. The Mahabharata depicts the conflict in the Kurukshetra War among two cousins and the fates of the Kaurava and the Pandavas with their successors.

More than two hundred Upanishads exist, but the ancestral number is one hundred and eight. Only ten are the primary Upanishads: Kena, Isha, Katha, Mundaka, Chhandogya, Prashan, Mandukya, Aitareya, Brihadaranyaka, and Tattiriya. The Upanishads are late Vedic Sanskrit scripts of Hindu philosophy that form the foundations of Hinduism.

This article gives you a brief idea about the significance of Hindu Mythology and the holiest books of this religion. Indeed, this will help you to grow more respect and interest in Hinduism.