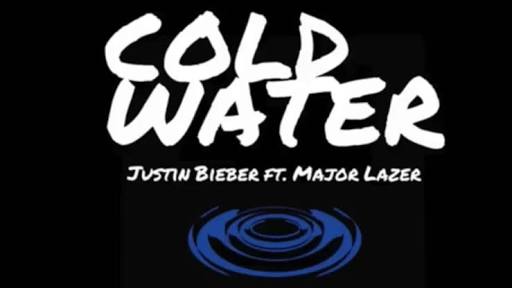 Cold Water – Song Of The Day

Shawn Mendez – Singer Of The Day, do you know him?

Shawn Peter Raul Mendes born August 8, 1998) is a Canadian singer and songwriter. He attracted a following in 2013, when he began posting song covers on the video sharing application Vine. The following year, he caught the attention of artist managers Andrew Gertler and Island Records A&R Ziggy Chareton, which led to him signing a deal with the record label. Mendes went on to release an EP and his debut studio album Handwritten, whose single “Stitches” reached the top 10 in the US and Canada, and number one in the UK. His sophomore album, Illuminate (2016), was preceded by the single “Treat You Better”. Both albums debuted atop the US Billboard 200.

Mendes was born in Toronto, Ontario, the son of Karen, a real estate agent, and Manuel Mendes, a businessman, selling bar and restaurant supplies in Toronto. His father is Portuguese (from the Algarve), while his mother is English. He has a younger sister named Aaliyah. Mendes was raised in Pickering, Ontario, where he attended Pine Ridge Secondary School.

Mendes learned to play guitar by watching YouTube tutorial videos at the age of 13 in 2012. Less than a year later he started posting cover videos on the popular social video app Vine in 2013 and gained millions of views and followers in a few months, becoming well known for his six-second snippets of renditions of many popular songs. By August 2014, he was the third most-followed musician on Vine. Artist manager Andrew Gertler discovered Mendes online in November 2013, bringing him to Island Records in January 2014. He officially signed in May 2014 and released his first single “Life of the Party” on June 26, 2014. He became the youngest to debut in the top 25 on the US Billboard Hot 100, making it to number 24 for the week ending July 12, 2014. Prior to his signing, Mendes toured as a member of the Magcon Tour alongside other young Viners with a large following on social media. Mendes was also on a nationwide tour with Austin Mahone as an opening act, releasing his debut major label EP in July. The EP debuted and peaked at number five on Billboard 200, selling 48,000 copies in its first week. He won a Teen Choice award in 2014 for Webstar in Music. On September 5, 2014, “Oh Cecilia (Breaking My Heart)” featuring Mendes was released as the fifth single from The Vamps’ debut album, Meet the Vamps. On November 6, 2014, “Something Big” was released as the second single.

On April 14, 2015, Mendes released his full-length album Handwritten, which debuted at number one on the Billboard 200 chart with 119,000 equivalent album units, selling 106,000 copies in its first week. However, it suffered a 89% traditional sales decrease in its second week. The third single from the album, “Stitches”, peaked at number four on the US Billboard Hot 100, becoming his first top 10 single in the US, and reached the top position on the Mainstream Top 40 chart.The song later reached number one in the UK. Mendes recorded a song called “Believe” for Disney Channel Original MovieDescendants. Also in 2015, Mendes opened for Taylor Swift during 1989 World Tour dates for North America. In late 2015 Mendes and Camila Cabello, who was at the time a member of the group Fifth Harmony, released their collaborative single “I Know What You Did Last Summer”. The song was included on Mendes’ Handwritten Revisited reissue. He appeared on The CW’s The 100 third season premiere on January 21, 2016.He later announced his second world tour as a headliner, which will visit North America and Europe, starting in March 2016. Mendes signed with modeling agency Wilhelmina Models in early 2016. Mendes was listed among Time’s The 25 Most Influential Teens in 2014 and 2015. He also made his first appearance on a Forbes list with their annual “30 Under 30”, for 2016.