Late last year, Google entered the smartphone market with its Pixel handsets. At the time, due to their size, they filled the void left by the Galaxy Note 7. Now in mid-2017, rumors are circling about what could come next, with talk about some fantastic Google Pixel 2 XL specs that are good enough to compete with the Galaxy S8 and maybe even a future Note or the iPhone 8.

As you can imagine, there isn’t much to go on where this phone is concerned. However, where there’s a will, there’s often a way. So we can share with you some details, but since these are rumors, you should take them with a grain of salt.
Just a few days ago, details surrounding what can be expected leaked to XDA-developers. This leak came via a source who claims to have spent some time with the device and now knows the Google Pixel 2 XL specs.
Display

According to the supposed leak, the Pixel 2 XL will feature a 5.99-inch OLED display. If you have previously seen the name Taimen used to describe a next-gen Pixel, this is believed to be the handset it is referring to. However, we can now tell you that HTC will not be involved with the manufacturing. Instead, Google turned to LG.
First up on the rumored Google Pixel 2 XL specs is the display, which will supposedly be a quad HD OLED panel with a resolution of 2560 x 1440. It is also expected to feature significantly smaller bezels than its predecessors.
Chipset, storage and RAM

Remember when we said that you should take this with a grain of salt? Don’t forget that, as we don’t know anything for certain. However, as a flagship, we expect the Google Pixel 2 XL specs to include at least a Snapdragon 835 chipset, 128GB of internal storage and at least 4G of RAM.
Design

XDA-Developers’ source indicated that the same two-toned metal and rear glass design will make a reappearance, but with one key difference from last year’s models. It won’t cover the fingerprint sensor. In fact, the location of this sensor is a source of debate, with some suggesting that it will be featured next to a single rear camera lens. Others suggest it could be moved, maybe to the front underneath the display? Perhaps, but that’s probably just wishful thinking.
Lastly, according to XDA, the 3.5mm headphone jack that the Pixel 2 doesn’t have will return on its larger sibling. We’re not sure why, but you can bet if we hear anything about it, we will inform you.
Possible release date?

With the launch of the previous generation of Pixel handsets taking place last October, there is no reason to doubt that we are within four months of the next launch. However, with the Google Pixel 2 XL specs and its design possibly being on off-shoot of a previously rumored big handset, it could be that more work is required from LG to get it ready. That means we may have to wait until November; however, there is no definitive information available either way.
So with the release possibly months away, we could be in for a tumultuous time, what with leakers, rumor-mongers, and industry insiders all having their say. However, as always, we will be here to sift through the good and downright fake; you will just have to be patient.
What do you hope to see in the Google Pixel 2 XL specs sheet? Share you thoughts in the comments section below. 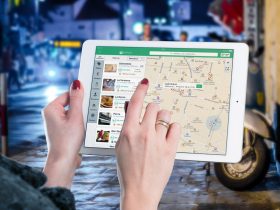